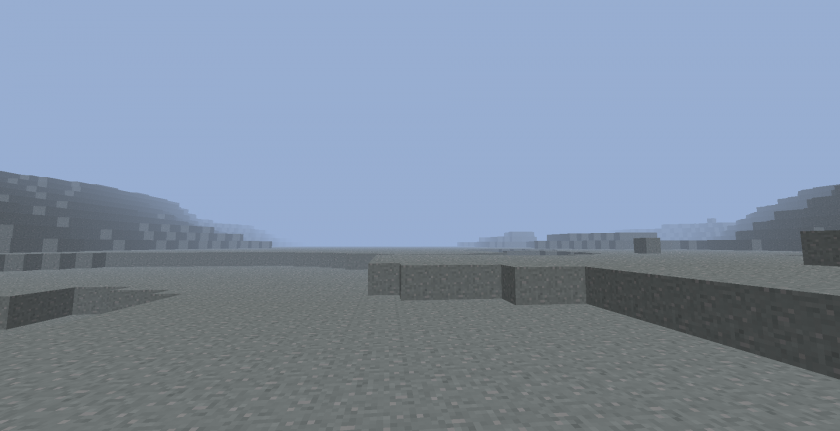 Telos is a planet. It is rumored a humanoid species once lived on its surface, but its increasingly inhospitable surface forced them underground. Some have spectulated that during their time underground, they developed more desperate measures in order to survive, including advanced cybernetics.

The player can travel to this planet via their Tardis. To do this, toggle the Dimensional Control, select “Telos” and pull the Time Rotor Handbrake to start the flight.

Telos does not have any known unique biomes. The surface is composed of a singular "Telos" biome.

The surface of Telos is mostly composed of Telos sand and stone.

A permanent thick fog covers the entire surface and greatly limits visibility. Increasing the render distance does not reduce the fog.

Exposed ravines can be occasionally observed across the surface, of varying sizes.

Telos has a large underground network of caves. These caves are similar in generation to Overworld caves.

The “Tomb” variant of Cybermen spawn naturally on Telos.