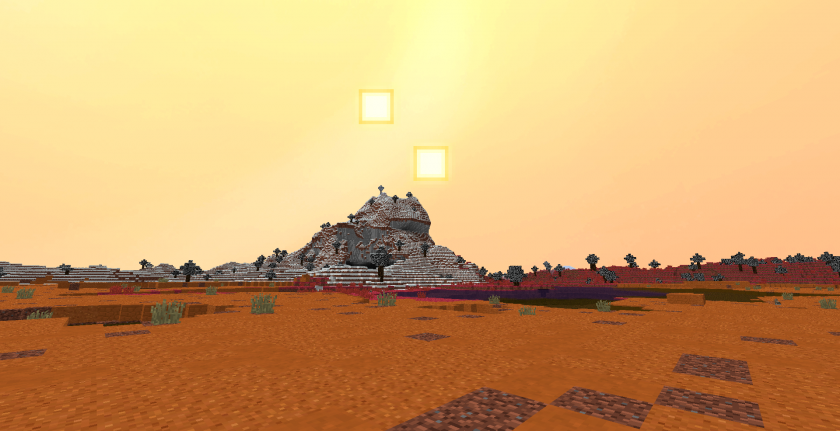 Gallifrey is a planet orbiting a binary star system, known as the homeworld of the beings known as the “Time Lords” and praised for its striking landscape.

The player can travel to this planet via their Tardis. To do this, toggle the Dimensional Control, select “Gallifrey” and pull the Time Rotor Handbrake to start the flight. 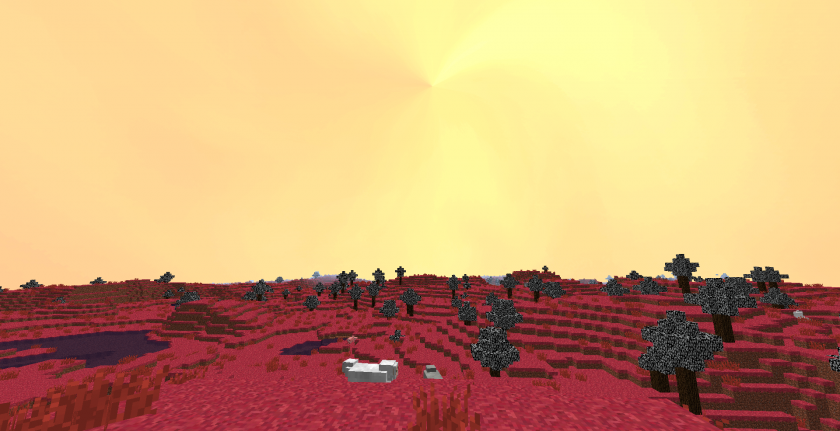 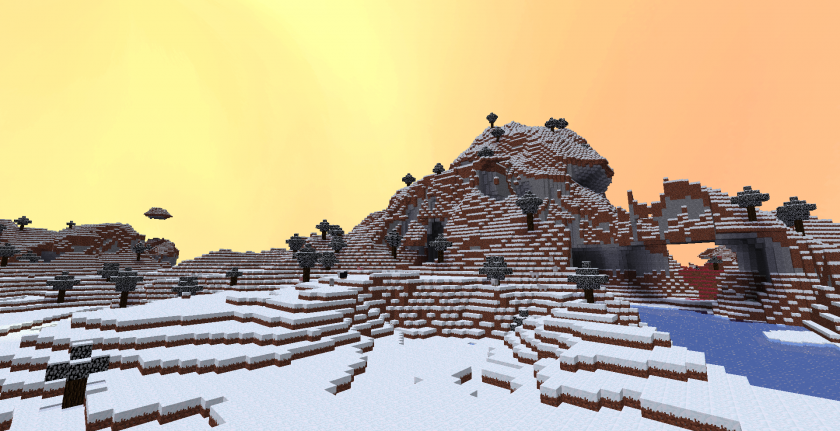 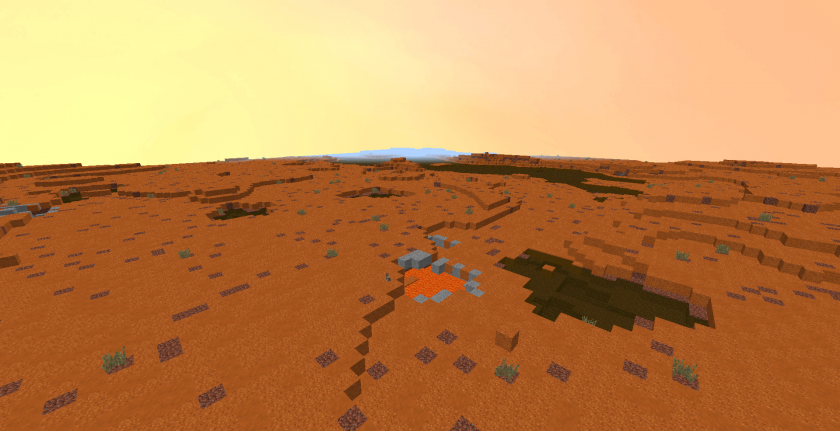 The surface of Gallifrey is mostly composed of stone, dirt, grass, snow, sand and sandstone as seen in its unique biomes. Large lakes can be occasionally observed in the Redland and Wasteland biomes, some of a putrid brown colour and others frozen over.

The grasslands of Gallifrey are the mostly striking features of the planet, with deep maroon-stained grass contrasted with trees whose leaves shine silver under the binary stars.

One rare sight are abandoned barns. It is rumoured that one of the barns was the location where the fate of a great Time War was decided.

Gallifrey has many underground cave networks. Each biome contains these caves and have the chance to generate: