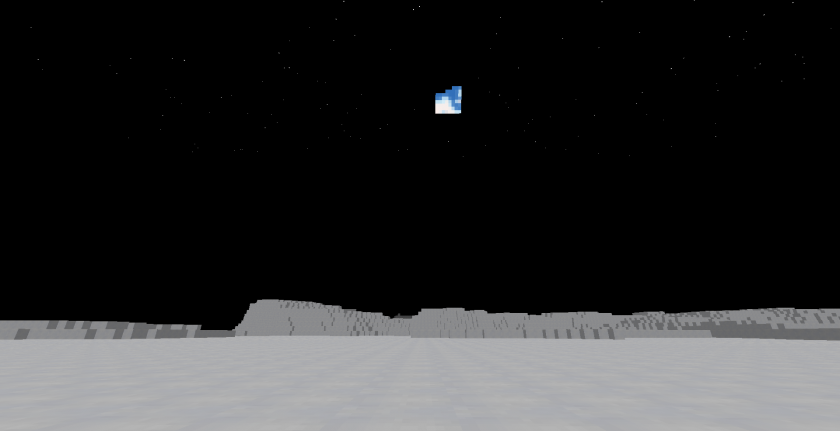 The Moon is a natural satellite orbiting the Overworld.

The player can travel to this planet via their Tardis. To do this, toggle the Dimensional Control, select “Moon” and pull the Time Rotor Handbrake to start the flight.

The Moon does not have known unique biomes. The surface is composed of a singular "Moon" biome.

The surface of the Moon is mostly composed of Moon dirt and stone. Craters can be occasionally observed across the surface, of varying radii.

The Moon has a large underground network of circular tunnels.

No mobs spawn naturally on the Moon.