The New TARDIS Mod is a Minecraft Forge Mod founded by Spectre0987. The flagship feature, the TARDIS has a wide range of features. While its features and functionality are based off the show Doctor Who, its implementation and usage have been modified for gameplay purposes.

In the 1.16 versions, Tardises can be found in the form of heavily damaged exteriors that generate in the Overworld, having fallen out of their timestream. These exteriors will generate in all dimensions and biomes, excluding specific blacklisted ones, below Y level 64. Multiple damaged Tardis exteriors can be found in one world.

Each Tardis now has a unique set of emotional personalities which can affect their behaviour towards the pilot. For instance, some Tardises may like to fly and will feel lonely if they are not flown often. Others may despise the restrictions placed upon their destinations by the pilot and want to seek their own adventures.

When first found in the damaged state, a Tardis will be wary of foreign entities seeking to enter them, as they are in a vulnerable state. The player will need to find a way to convince the Tardis to open for them. The player can choose to use a more direct method or use a more intuitive way to accomplish this.

Each Tardis will now have a Loyalty value that can be changed over time. This loyalty value represents the Tardis’ bond and respect towards a player and can affect their actions.

When gaining access to a damaged Tardis exterior, using the gentler, but more time consuming method will increase the Tardis’ loyalty to the player, which can result in smoother and more reliable flights.

Conversely, using the brute force method will decrease the Tardis’ loyalty, which can result in the Tardis disobeying their pilot. See the Tardis Creation guide for more information.

When the Tardis exterior finally grants the player access to their interior, the player will need to find and repair various vital components to allow the Tardis to be ready for travel.

More information about this can be found here:

In 1.12.2 versions, Tardises are grown via Tardis Coral and also require a number of components to be functional.

Each player can only grow one Tardis per Minecraft singleplayer world. They cannot create more than one Tardis unless they remove their Tardis using the /tardis remove command.

On multiplayer servers, each player can create one only Tardis. Again, they cannot create more than one Tardis unless they remove their Tardis using the aforementioned command.

A Brief Tour of the Tardis

The Tardis is made up of an exterior shell and interior dimension.

The exterior door syncs with the interior and can have two open states, partially open or fully open. In the case of exteriors with double doors, this will allow the player to cycle through opening one door at a time or open both doors.

Currently, both exterior doors open inwards. This reveals the interior dimension via the Bigger on the Inside Effect.

Bigger on the Inside Effect (BOTI)

Much like in the show, the Tardis has the Bigger on the Inside effect. It is able to render the interior from the exterior.

This feature is a work in progress, meaning it can be prone to performance issues, incompatibility issues or render bugs.

This feature has not been added to the mod due to technical limitations.

This feature is a work in progress, meaning it can be prone to performance issues, incompatibility issues or render bugs.

As of 0.1.2A, this feature is able to render blocks, items and other entities in real time. To improve performance, the BOTI effect does not update every second, but rather after a predetermined period of time.

Smaller On The Outside (SOTO)

Much like in the show, the Tardis also has the Smaller On the Outside effect. It is able to render the surroundings of the Tardis exterior from the interior.

As with BOTI, this feature is a work in progress.

As of 0.0.9A, this feature is able to render blocks, items and other entities in real time.

The Tardis interior is a preset build that resides in a new dimension added by the mod. By default, the Tardis interior build will generate a Console Room. This is a room that allows the player to pilot their Tardis.

Each Tardis will have its own dimension, meaning a player can own multiple Tardises. This allows for unlimited building space within each specific Tardis. Players cannot easily access other Tardises, provided they are locked.

Players may own an unlimited amount of Tardises with their own dimensions.

On multiplayer servers, each player's Tardis interior build will reside in their own dimension. This means each player will have an entire dimension to themselves, allowing for unlimited build space and freedom.

Each player can only own one instance of a Tardis Dimension.

As of 0.1.0D, a protection feature forces players who travel a horizontal distance of more than 8 chunks away from their Tardis console unit to be teleported back to the console unit. This prevents players with malicious intent from travelling to another player's Tardis console room on a multiplayer server

Special attention needs to be given for the operation of a Tardis as the Tardis is a complex timeship, and is not easy to operate. Please see the following page for more information: 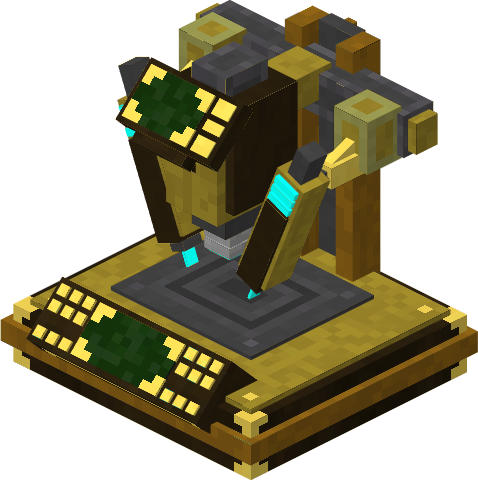 The Tardis's exterior can be customized using the Chameleon Circuit protocol which allows the player to choose from a variety of exterior "shells".

The player can also create custom interiors or use preset console rooms.

For 1.12.2, 1.14.4 and the 1.16.5 versions of the mod, the player can create their own console rooms by destroying the current console room and building in either survival or creative game modes.

The 1.12.2 versions do not allow the player to generate preset corridors. Players must build their own corridors if they wish to have them.

The Tardis Mod adds a variety of decoration blocks, many of which are currently unobtainable in survival mode.

Previous
About the Tardis
Next
Tardis Exterior