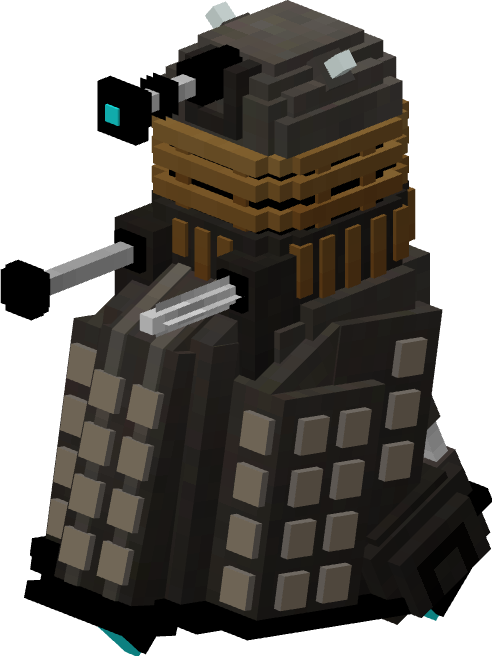 Daleks are hostile entities that seek to eradicate all other living beings.

Daleks currently have three variants, each with their own attributes

Daleks will target all living entities by default. This can be configured via the Tardis server config file, such as ignoring villagers, ageable animal entities.

The Special Weapons variant shoots explosive lasers by default. The laser explosion can be configured to only occur for impacts on blocks, and respects mob griefing game-rules.

The Rusty variant is a weakened variant. It has reduced fighting and movement capabilities. 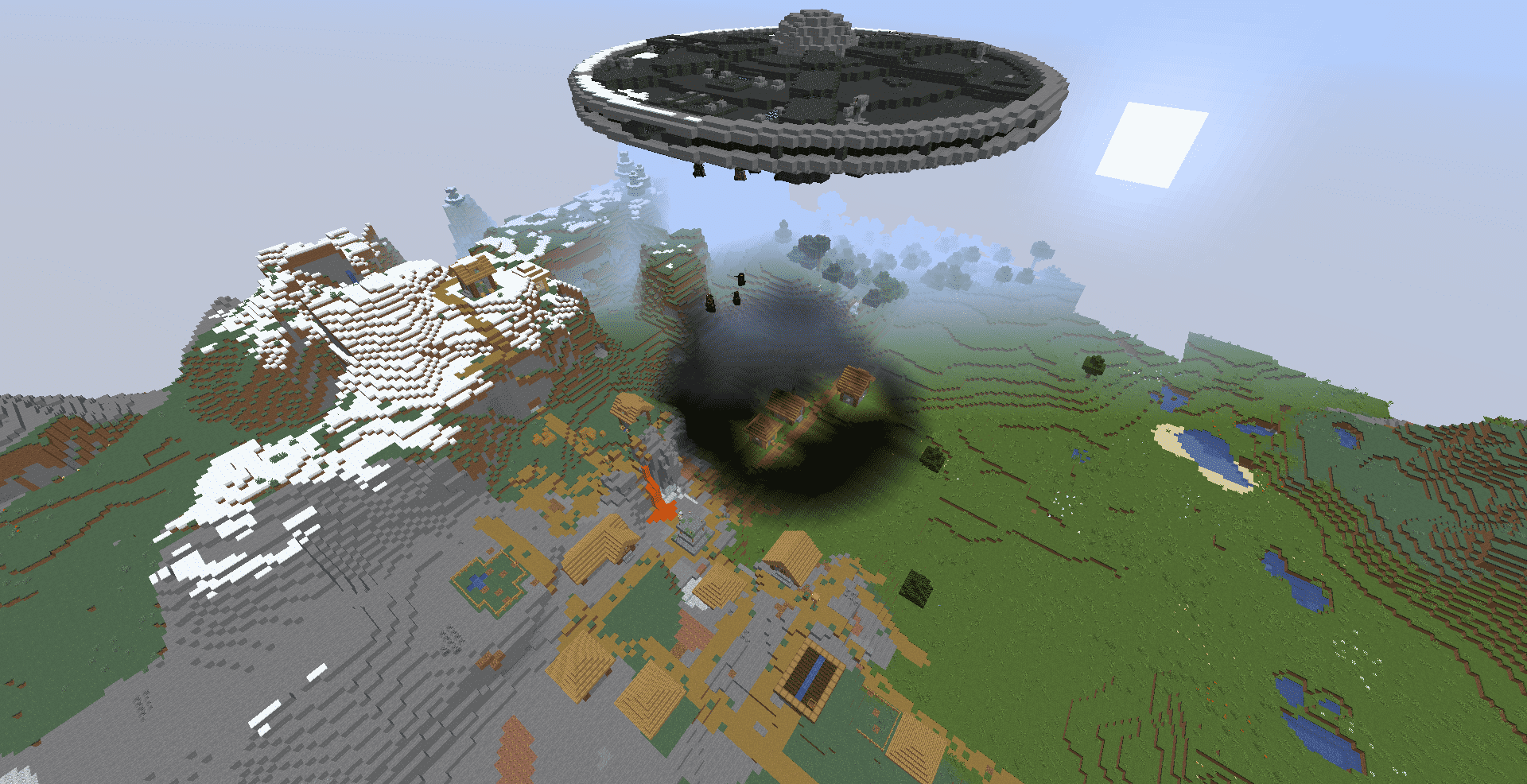 Daleks spawn inside and around their Dalek Ship structures and do not spawn elsewhere naturally.

Daleks currently do not despawn naturally. 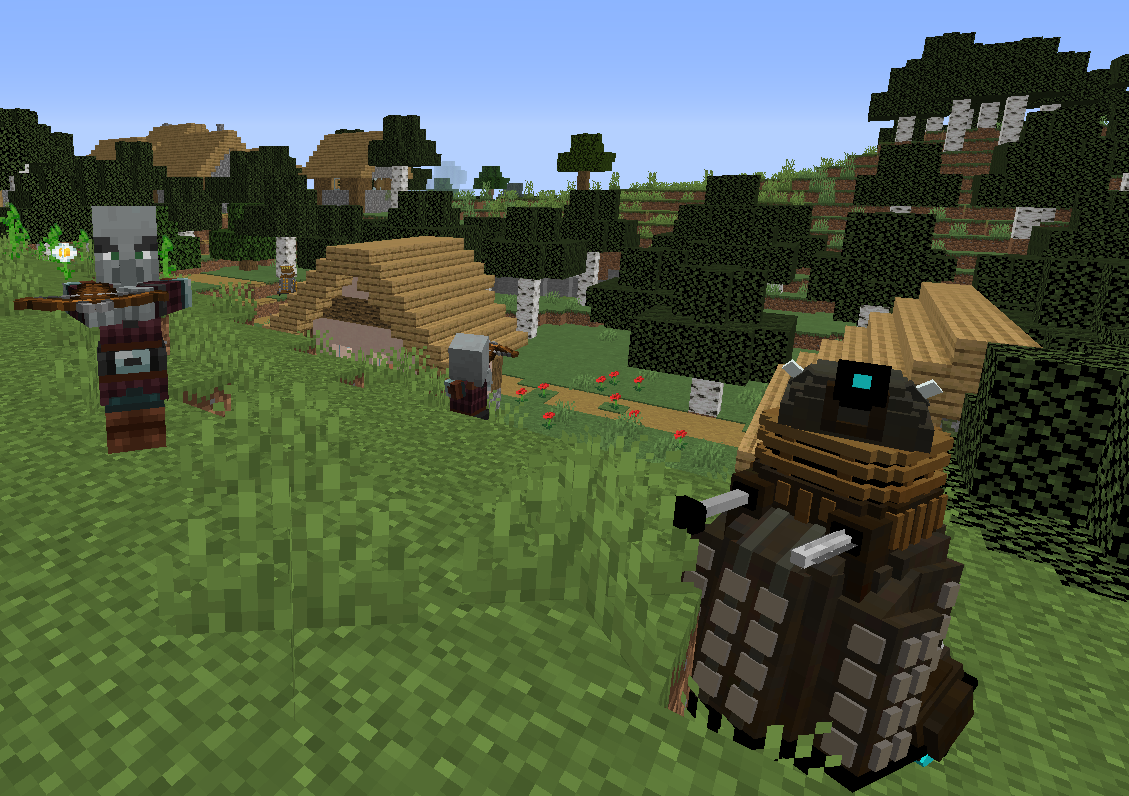 Daleks are also classified as Raider entities, so they will join in Village Raids alongside other raiders such as Pillagers. The Dalek's ability to join raids, and the number of Daleks per raid wave can be configured in the Tardis Common file.